Join Us For Our Virtual Day of Action Saturday, April 18th!

You are here:
Day of Action 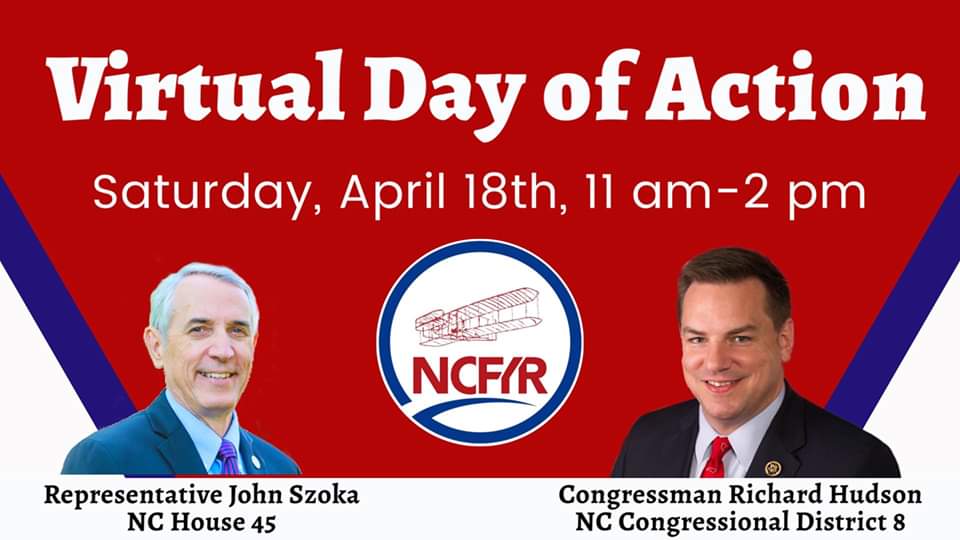 Who says three’s a crowd? This Saturday will be our third Day of Action, where we will be focusing on NC House District 45 and the 8th Congressional District. Volunteers will be making phone calls for Rep. John Szoka and Congressman Richard Hudson.

The YR Club with the most voter contacts gets a prize, and the Young Republican with the most contacts will earn some swag too! While you’re making calls, be sure to also tune into our live stream to hear from Congressman Richard Hudson, EC Sykes (Candidate for Secretary of State), Rep. John Szoka, Rep. Josh Dobson (Candidate for Commissioner of Labor), and Labor Commissioner Cherie Berry.